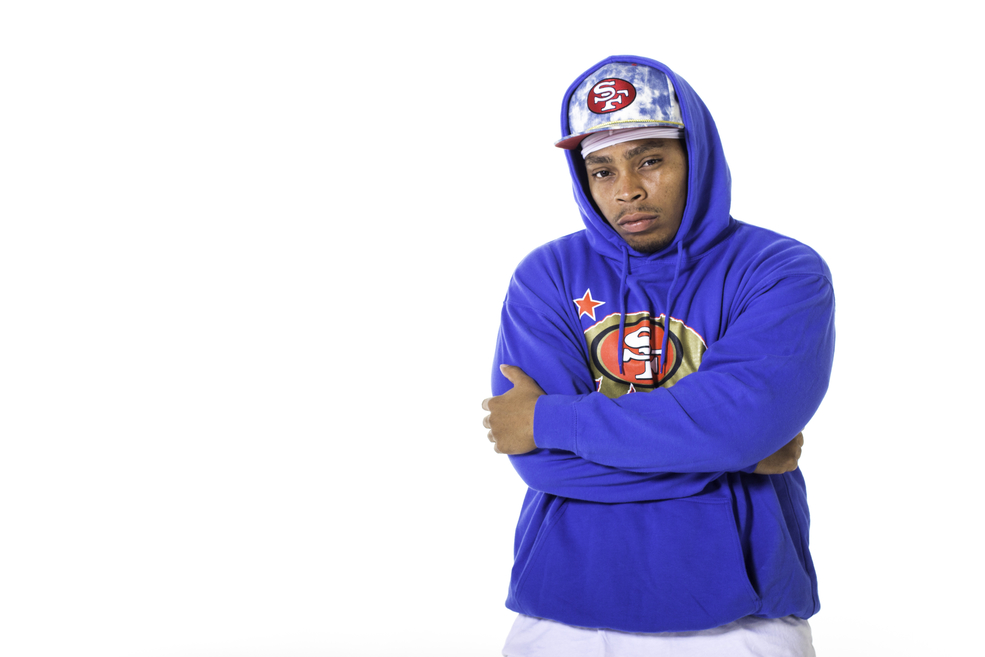 Ceno is an American rapper who is quickly growing to become one of the music industry's biggest stars. Amongst many of his highly acclaimed hits, he is most well known for his hip hop debut song, "Say My Name," that he released in 2015. That one song success was his ticket to achieving a spot in the first annual Real Show hosted by 'Real 92.3' KRRL at The Forum in Inglewood, California.

His growing popularity eventually led him to establish his very own record label, "700 Family," in 2020, where he continued to create more sensational music.

As impressive as his story sounds so far, it wasn't always like that in the beginning. Ceno had to deal with many painful obstacles in his life that continue to threaten the peace of mind he has established today.

As a kid, Ceno was surrounded by drugs and irresponsible parents who weren't much of a help growing up-, so for the most part of his life, homelessness plagued him and his siblings causing his grandmother to step in on numerous occasions.

However, it wasn't much long after when he started involving himself in his uncle's business. Tony, his uncle, who was also known as 'Big Bone', was part of a notorious gang called "87 Gangsta Crips" associated with all kinds of cark. To Ceno, Big Bone was like a father figure to him, which is why he was easily influenced to become a part of the street life against his uncles wishes, which involved selling drugs, and gang banging.

His experience in the streets, however, was starting to take an extremely negative toll on him. With no one he could turn to for advice, Ceno relied on his own decision and finally decided that he wanted to take a different path than his family. As per his decision, he enrolled in Bethune Middle School, where he immediately started connecting with the music. He excelled in playing numerous instruments and had many successes with the jazz bands he took part in.

However, that small heaven he had created in his destructive life finally crumbled down when he had lost his uncle and older brother to a dispute that led to gang violence. Ceno dropped out of school at 17years of age and fully embraced the street life as he starting indulging in minor crimes. With no one to stop him in his path, his crimes escalated to the point where he was finally arrested for armed robbery and had to serve five years in prison.

During his time in prison, he was able to self-reflect on his actions. He knew he had no one but himself right now and that if he ever wanted to come out stronger from all of this, he had to let go of his trauma and neglect the years of gang influence that had been etched into his brain. After getting paroled in 2013, Ceno was a changed man, and he was determined to strive through sheer will power and make a name for himself in the music industry.

Naturally, after witnessing where he has come from to get to where he is now, we can clearly tell that all of his hard work has paid off. And Ceno only has himself to thank for being able to uplift himself and move past the struggles he had endured for the longest first half of his life. And despite the thoughts of his traumatic incidents coming back to haunt him, he has fully dedicated himself to looking straight ahead and marching towards a successful future.

Why do you need POS Software for your Retail Business?

How To Prepare a Job Interview Easy Steps

You can prepare for a job interview without being overwhelmed with anxiety or fear, here on this page we will...

Build Skills With Online Training Courses From My Training Academy

Through the internet, targeted audience members can gain knowledge about a particular subject at anytime, anywhere...