Google, following a data confidentiality problem, decided to end its social network. You may have wondered what Google+ is bringing or could have brought to your SEO.

Let’s take a look at what they’ve tried to put in place and which is going to disappear quickly and what is left in suspension. Let's say it right away, Google + was the most unloved of social networks, but what Google will stop is its social network, but for the general public. Regarding business pages, you will be able to keep it, and I will explain what Google+ could do for your SEO. (You can no longer create a google + business page)

What Will Disappear With Google+?

The Google+ service will close on April 2, here are the features that will disappear and that could have helped your SEO. If you've started creating communities with Google+, it has sent out messages urging group owners to back up their content before it closes in April. 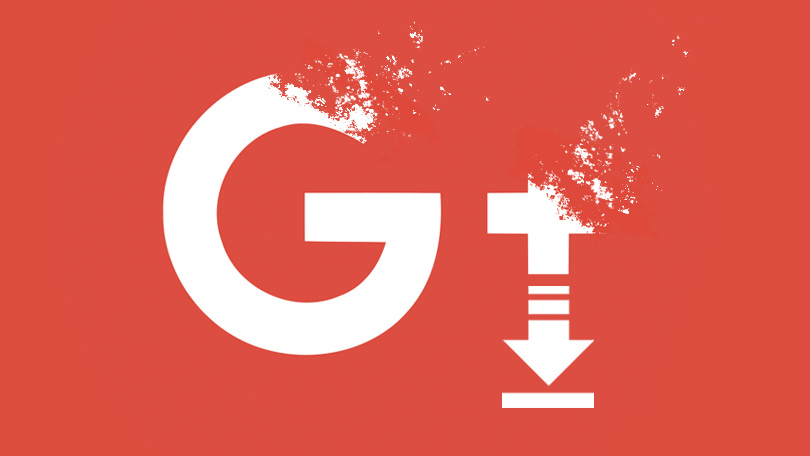 You publish content regularly to keep your followers informed on Google+ this will no longer be possible.

The +1 buttons that you put in the social sharing box next to your articles with a counter. You will be able to remove the piece of code, and gain a little speed since Google+ will no longer need to make an additional external call to load the js file.

This is one of the first questions that any self-respecting SEO asked themselves when Google set up Google+. Knowing that it is a Google tool, we could have hoped that the links were do-follow, but no the links did not send juice (at the beginning yes, there was a tip to do it). come back to it at the end of the article, you still have to continue to publish your content, I will offer you a tip that will continue to work a bit until it is probably closed.

I think it was one of the best ideas from Google, which turned into a flop. At the beginning, before we talk about rank brain, tensorflow, and buying freebase with named entities. Autorship made it possible to link a website to its author.

Today we talk about blockchain at all levels and autorship could have served as a blockchain to identify the authors, identify them in a thematic area to give them an expertise credit. This resulted in a small photo in the search results, and CTR level, it was very good, but it perhaps gave less visibility to ads. PS: Little anecdote, when Google removed the authorship, some sites lost visibility. Google had a bug which caused that if we did not remove the autorship link in the code, the pages were filtered. So if you have had a loss of position and you did not understand why, here is the reason!

Did Google Highlight Results From Google+?

How Can Google+ Help Me Crawl Googlebot On My Orphan Pages?

In SEO, you don't reveal a plan until it's almost dead. This is why you will regret not having supported Google + We saw above that Google+ allowed to post URLs but without a do-follow link. On the other hand, let's look at what happens when we share a link on Google+ live. Example: I am writing an article on " how to be 1st on google " with a return on the search Y event which I will come back to talk about here. I share it on Google+ I will check live on my Wordpress the logs and connections, and we see that Googlebot is going to visit the page. Normally it also follows a visit to Googlebot which checks the AMP from another IP address but that I will tell you about in another article. Now that Google+ has been closed, you know what you have to do before it is effective.

Comments on The Death Of Google+, What You Missed For Your SEO And Which Will Disappear

Does the system of on line running a blog intimidate you and develop panic at the mere imagined of it? There is no rationale to feeling this way, owing to the simple fact managing a blog site is a skill that can be produced with a very small little bit of

Everything you do can end up remaining the matter of a internet web-site. Just get notes when you are absent from...

My Private proxy is an innovative internet security and browsing tool for the privacy-conscious users. This...

Reliable Guide When It Comes To Home Design

What's wonderful about interior design is the fact that there is absolutely no right or wrong method to method...

Weblogs and running a blog can have numerous unique impacts on people's lives. Functioning a weblog may possibly perfectly be an critical part of influencing individuals. Look at on to find out how you can get your view listened to by the best audience at

Use tags precisely. Tags permit you categorize your posts into diverse teams, which can then be searched by...

You demand to make a website website if you hope to elevate your on-line visibility. Running a blog not only gives you a outstanding keep track of report, but it can also lead to other potential customers. Running a blog can help publicize a small company